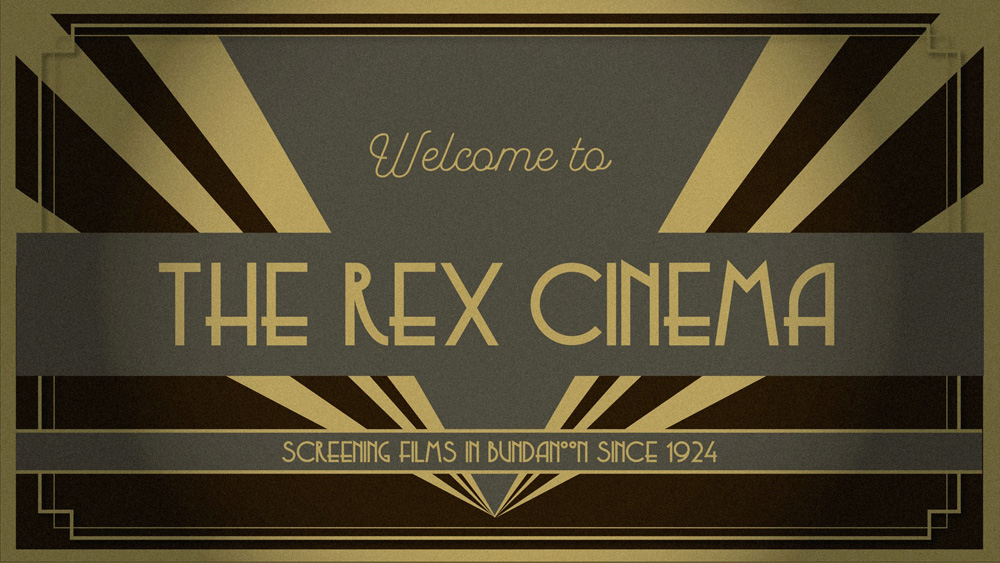 The Rex Cinema is a ‘pop up’ cinema that regularly takes over the local Soldiers Memorial Hall in Bundanoon. The cinema is run by The Rex Cinema committee, a Sub-Committee of the Bundanoon Community Association.

The Rex Cinema screens approximately six films each year. The film selection covers a mix of genres, including golden oldies, foreign language films, modern classics, and family favourites. The films are sometimes chosen to tie in with a significant local event, or an opportunity to introduce someone famous to our audience . . . or simply because it’s a wonderful film that deserves to be seen on the big screen!

Please see below for the latest film screening schedule. The Rex Cinema dates are also advertised in Bundanoon’s “Jordan’s Crossing Gazette” (JCG) and throughout the village and Highlands area via posters, banners and local media.

The screenings are a great social event, with drinks and nibblies prior to the film screening. Whether you are a local or a visitor, you will be very welcome at The Rex Cinema.

History of The Rex Cinema:

It all started in 1924 in a Bundanoon that had around 520 people and no mains electricity. Silent movies were screened using carbon arc projectors and a portable generator at Tylers Hall adjacent to the Hotel.

After the construction of the Soldiers Memorial Hall in 1934, the Rex Cinema made the Memorial Hall its new home. However, the advent of television in the 1960s brought about the demise of many cinemas around Australia, including The Rex.

In 1994 a group of volunteers massaged the old projectors back into life, and the Rex Cinema was reborn. For 20 years we used the carbon arc projectors, and while scratchy picture quality and unpredictable breakdowns added to the nostalgia of the nights, the range of titles available on celluloid film was diminishing. The convenience and performance of modern technology led our committee to favour the DVD technology we currently use.

For further information on the Rex Cinema, please contact: